Home/Musings on my play in NYC…
Previous

Just before the pandemic hit this winter my play Sister Calling My Name received a NYC production at the Sheen Center from January 24 to February 16 .   Right now, that production seems miles away, given what we all have been dealing with, especially New Yorkers.  However, here are some reflections on the play and this incarnation of it.

This is a play that I wrote several years ago and has seen over two dozen productions throughout the country and Canada and has won a number of awards, including the National Play Award sponsored by the National Repertory Theatre.  Some of the cities where it’s been produced are Orlando, Charlotte, Houston, Vancouver, Minneapolis, Los Angeles, and Chicago.  Although I haven’t been able to see all of the productions, those I have seen have been very special and each theatre company has remained a part of my theatrical family ever since.  This New York production, produced by Storm Theatre and Blackfriars Repertory Theatre, had a wonderful cast and was mounted in the Sheen Center’s new intimate black box theatre.  The show’s director Peter Dobbins embraced the play fully and I was excited about experiencing this new staging in the Big Apple. 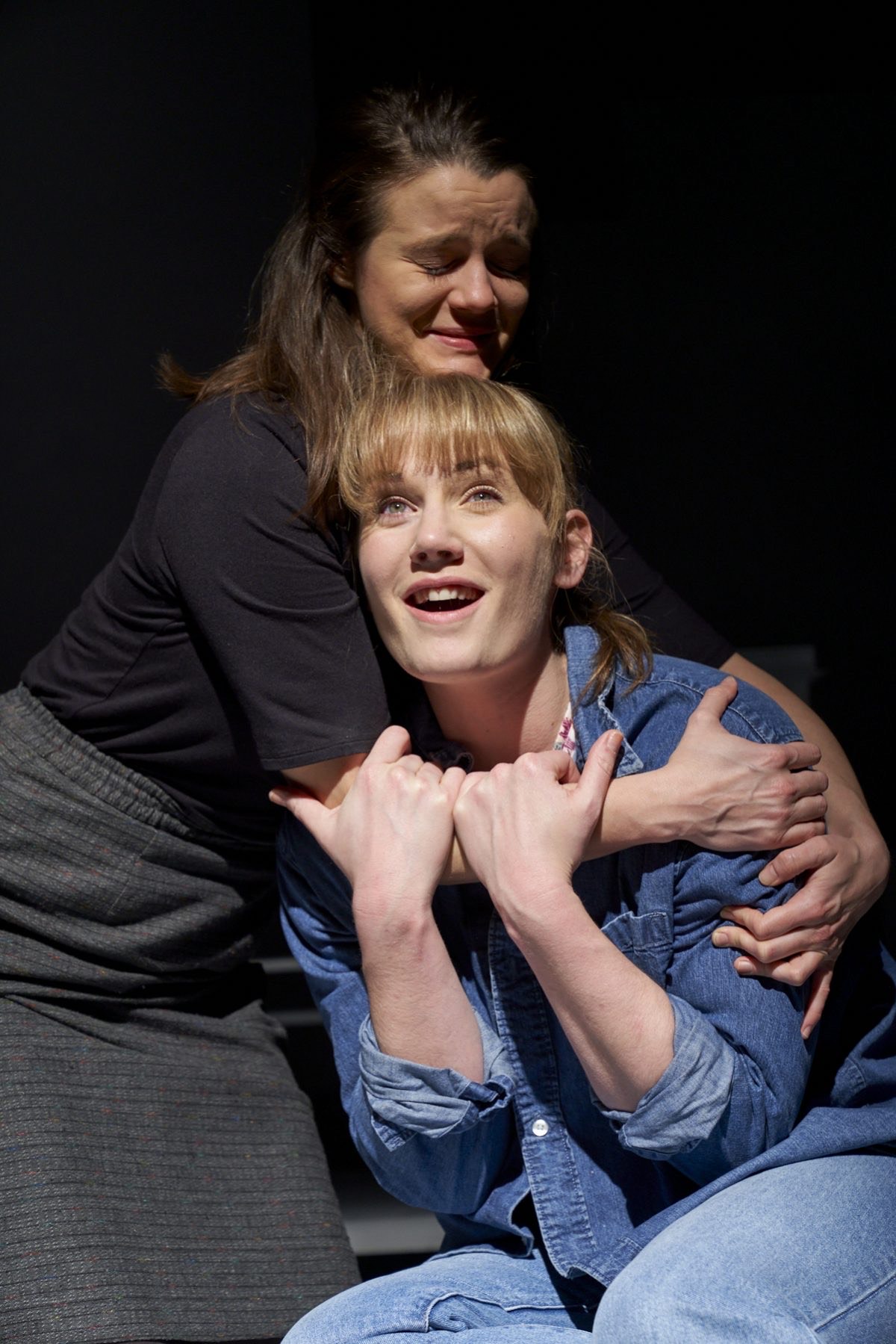 Of all my plays, this one has a special place in my heart.  It was inspired by my relationship with my mentally disabled older sister whom I grew up with.  I consider the play a tribute to her life and our ongoing connection to each other.  The story deals with her struggles to survive and remain relevant in a world that largely shuns the mentally handicapped.  It also deals with issues of faith and how it can lead to healing.  These are tough subjects to put up there on the boards, but audiences have consistently embraced them nevertheless, including in NYC.

What I find interesting is the hostility that plays dealing with issues of faith often encounter from secular theatre critics, as if writing, let alone mounting, such a play is an offense to them personally.   The degree of condemnation is sometimes quite staggering and, for the most part, that was once again the case in NYC–except for this very positive review from Kathryn Jean Lopez in the National Review.

What is especially curious about all this is that audience feedback has always been extremely positive, with a definite sense of their committed engagement and involvement.   I remember a production in Atlanta several years back that got a standing ovation opening night only to receive a totally angry pan the next morning from the Atlanta Constitution’s reviewer, who accused the play of being manipulative and dishonest (with no mention of the audience response).  Or a production in Minneapolis more recently that also got a sustained standing ovation on opening night and then total avoidance and silence by the critics.

My point is that when you write a play, you always have to write from your heart and from what you know and believe, and if you’re true to that, then your work has a fighting chance to get up on the boards and be experienced by audiences.  And you can’t worry about the critical response it might receive as long as audiences engage with your story in a positive way, even if the reviews are clearly misrepresenting the production and telling people to stay away at all costs.  My play is a good example of this, as it continues to get produced by courageous producers and audiences continue to be moved by it. Too often I hear writers say they’re afraid to tackle certain subjects because of how the gatekeepers might respond.  I say, gatekeepers be damned—write what your heart is telling you to write.