Screenwriter of Sight (sightthemovie.com), the upcoming feature film starring Greg Kinnear and Terry Chen, directed by Andrew Hyatt.  This is the story of a young Chinese boy who grew up under the iron hand of Mao Zedong’s communist regime and his escape to America, where he achieved extraordinary success in the medical world. 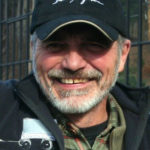 A privately owned limited liability corporation, Either/Or Films was founded in 2004 by Buzz McLaughlin and Aaron J. Wiederspahn, who saw a need for a new kind of narrative feature film in the marketplace—movies of artistic excellence that touch on the transcendent nature of humanity and feed audiences by offering stories of hope, redemption, and healing. 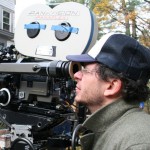 As the company’s mission statement reads: “Either/Or Films exists for the purpose of developing and creating films of beauty and artistic excellence that provoke the public to engage with the providential mystery of grace—films that reflect light through darkness, love through hate, life through death, and that transcend current notions of commercial viability.” 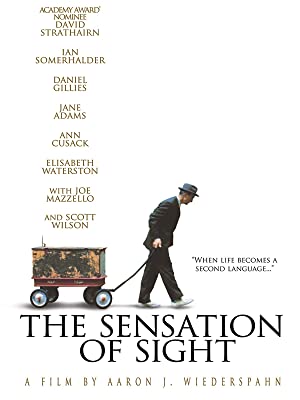 How it all began

McLaughlin and Wiederspahn met in Orlando, Florida, where Wiederspahn was a producer at a theatre company, Trilemma Productions, which had decided to stage McLaughlin’s award-winning play Sister Calling My Name.

“When I first read Buzz’s script,” Wiederspahn says, “I was so moved by the characters’ emotional arcs and what the piece was saying. When I read another script of his, Traverse des Sioux, I found his experience was uncannily similar to mine, despite the difference in our ages.”

The two became friends, staying in touch for several years before Wiederspahn decided to move to the metro New York City area where McLaughlin lived. During that time they shared scripts they’d written–McLaughlin’s for the stage and Wiederspahn’s for the screen, although earlier in his career McLaughlin and wife Kris had written screenplays as well as several television shows which had aired on the Family Channel.

Admirers of each other’s work (“I had been teaching writing for decades,” McLaughlin says, “and Aaron was the most talented writer I had ever come across”), the idea began forming to create a film company.

“Aaron also became my ‘film professor,’ bringing me up to speed on the masters of world cinema, whom he had known and loved for years, like Tarkovsky, Bresson, Dreyer, Kieslovski, and Angelopoulos. I was
familiar with some of his favorites, like Bergman and Fellini, but had never even heard of Maji Majidi, Zhang Yimou, Walter Salles, or the Dardenne brothers. Aaron, however, is a total film geek, and regularly watches his favorite films over and over again while searching out new filmmakers and cutting edge directors.”

After leaving metro New York for the wilds of New Hampshire, where McLaughlin maintained a summer getaway, they formed Either/Or Films. “Both of us had grown tired of the hectic pace in metro regions, ” McLaughlin says. “New Hampshire provided us a place of beauty and simplicity, a place suited for running our new business while maintaining quality surroundings for our family.”

Meanwhile, Wiederspahn had already written their first feature: The Sensation of Sight. Once their move was complete, they set about figuring out a way to make it all happen…

Their story continues on The Sensation of Sight website’s blog….

The Sensation of Sight 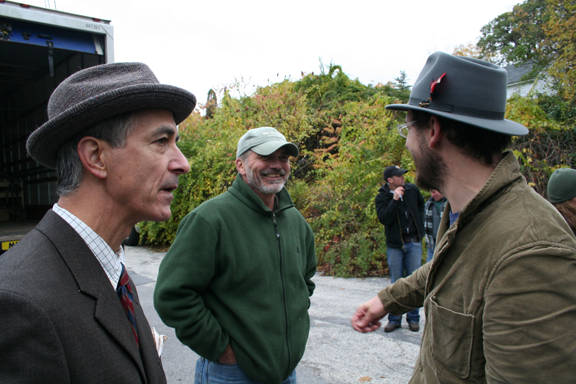 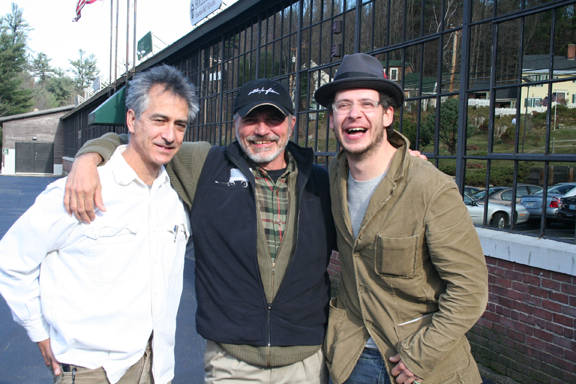 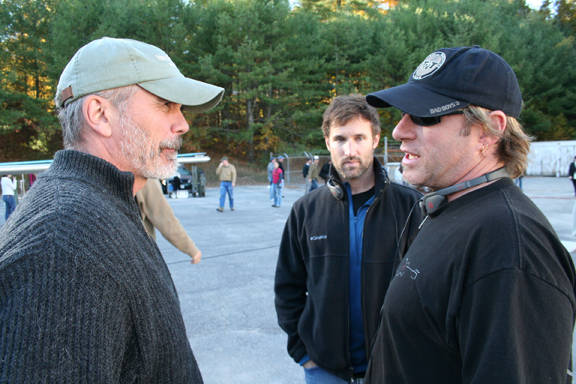